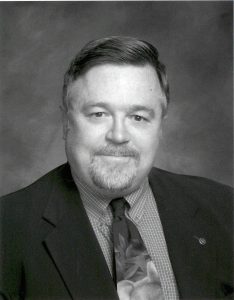 Cris Vaughan is an attorney who understands disabled access law and how it relates to the needs and concerns of business owners, property owners, landlords and tenants.

Since 2000, Cris has focused his practice on protecting and defending both private businesses and public entities in Americans with Disabilities Act (ADA) litigation matters as well as related state and federal laws regarding accessibility. He has defended public entities and businesses of all sizes in hundreds of ADA accessibility lawsuits, earning a reputation as one of the foremost experts in this complicated and nuanced area of the law.

Cris takes a proactive approach to accessibility compliance, counseling clients on the steps to take to become compliant in order to avoid access litigation.

Cris graduated with honors from what is now Western Oregon University and earned his law degree from the University of the Pacific, McGeorge School of Law. He has given presentations on ADA access issues before business and professional groups throughout California. He has also served as deputy county counsel, where he represented the county in litigation and employment issues.

Cris Vaughan is admitted to practice law in California and Nevada, as well as various federal district courts, the Ninth Circuit Court of Appeals, and the United States Supreme Court. He is a certified accessibility specialist who assists businesses in complying with state and federal accessibility laws, thus avoiding or limiting the expense of litigation or damage claims. He has lectured and taught seminars to business and professional groups throughout California on a wide range of ADA issues and access compliance. He has also represented a number of public entities and served as a deputy county counsel where he litigated civil rights, employment and personnel matters.

University of the Pacific, McGeorge School of Law