Our Law Firm Was Featured in the Hanford Sentinel!

You and the Law: Ever hear of a drive-by lawsuit? – Interview with ADA Defense Attorney Cris C. Vaughan (by Dennis Beaver of hanfordsentinel.com):

Sacramento California attorney Cris Vaughan can tell you all about these suits which his law firm defends throughout the state.

“A ‘Drive-By’ lawsuit claims violations of the ADA by a person who does nothing more than drive by business without ever attempting to become a customer and there is no evidence of the individual ever being in their business.

“Business owners must hire an attorney to defend themselves where small and easily curable violations of ADA access requirements on the outside of their business that can be seen when driving by the property.

“Three law firms with less than twenty plaintiffs file the majority of the ADA cases in federal court. Twenty or more cases a month are filed using a single individual. California has a financial reward for the person who brings an ADA lawsuit, even for minor or purely technical violations, like a parking space being an inch too narrow.” Vaughan stated.

At least one individual law firm in California files more than one hundred ADA lawsuits a month using virtually identical language, changing little more than the name and address of the business in a boiler plate complaint. “In many cases, the lawsuit targets a small immigrant or minority owned business.”

“The business either pays the settlement demand– frequently over $10,000–or spends thousands more fighting the lawsuit, or shutting down the business” Vaughan stated in frustration.

“But in these lawsuit, the plaintiff lived in Arizona, never left her home, but claimed an ADA violation because the hotel she saw on Google Earth lacked a chairlift! Her lawyer filed dozens of these questionable lawsuits in California Federal Courts against hotels all over the state!” Vaughan points out.

“Clients tell me ‘It feels like there’s a gun to your head. ‘Vaughan stated, adding

“Many hotels simply settled these suits, paying $5,000 or more to the Arizona lawyer. But then a few attorneys who represented major hotels asked the Courts to dismiss these suits on the grounds of what is called Standing.

“That means, the plaintiff could not show that the lack of a chairlift actually harmed her, as she was never at the hotel, or in California, for that matter. But rejection of these lawsuits by the court came after many hotels just paid up.” he points out, adding, “These types of lawsuits are still going on today,” he concluded. 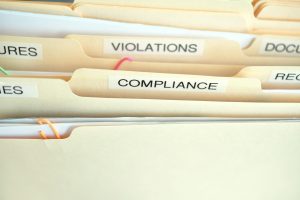